Miami Police are still searching for the machete wielding suspect involved in a gas station altercation that resulted in the tragic death of a Florida truck driver. The suspect fled the scene in a Mitsubishi Fuso flatbed similar to the one pictured below.  Police are asking for the public’s help in locating the vehicle, which they believe may have passenger-side mirror and window damage and possibly had a plush doll tied to the front of the vehicle. Anyone with any information is asked to call Miami-Dade Crime Stoppers at 305-471-8477. 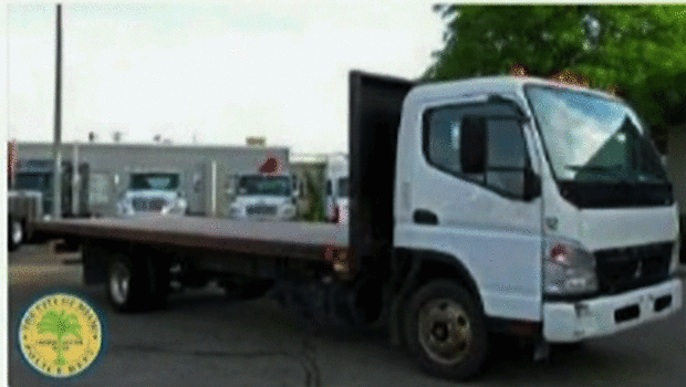 The incident occurred early Thursday morning just before 5am. Yonny Lafont Mendez (38) had been a truck driver for several years and was on his way to another day on the job when he stopped at a Valero gas station located on the busy corner of NW 36th Street and NW 31st Avenue. He parked his tractor-trailer and went inside the gas station. It is still unclear what exactly triggered the tragic chain of events but according to Miami Police, Mendez and the suspect began arguing inside the gas station. "Apparently a struggle ensued with someone that was inside of the gas station," officer Yelitza Cedano told CBS Miami. 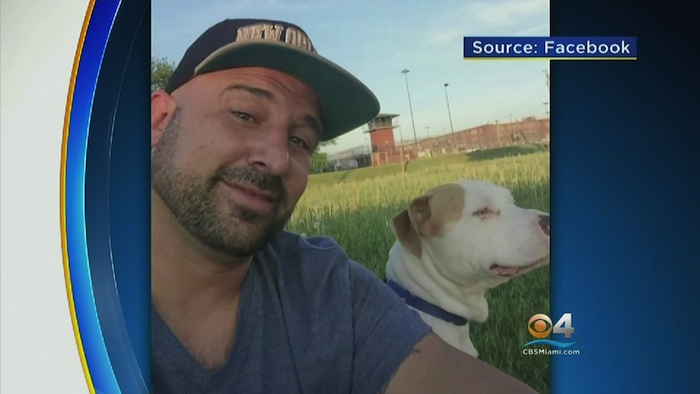 Cedano said the suspect then went to his vehicle to get a machete and returned to the gas station, swinging his weapon at Mendez. Surveillance video also shows three men involved in the confrontation outside of the gas station. Police believe that at some point during the struggle, Mendez was struck by the machete and ran out into the street, fearing for his life. Tragically, his attempt to seek refuge put him right in the middle of traffic on a busy four-lane street and he was struck by two separate vehicles. Police said the first vehicle to strike him down was a Mitsubishi Fuso flatbed truck they believe was driven by the machete attacker. The suspect fled the scene as Mendez lay helpless on the ground and was then run over by a Kia.

Miami Fire Rescue pronounced Mendez dead at the scene and investigators have yet to confirm whether he died from the possible machete wound he sustained during the fight or from the vehicle strikes. Police say that aside from nearby surveillance cameras, there were very few witnesses to provide further details. So far they have questioned two people about the incident but later released them.

Police have released a photo of a Mitsubishi Fuso flatbed truck similar to the suspect’s vehicle and urge anyone with any information to call Miami-Dade Crime Stoppers at 305-471-8477.