Truck driver Francisco Espinal-Quiroz had been driving his semi for nearly 12 hours when he sped through a construction zone on I-55 and struck several cars, killed three women and a girl on Monday. They were identified as Kimberly K. Britton, 43, of Urbana; Piper Britton, 11, of Urbana; Vicky L. Palacios, 54, of Coal City; and Ulrike P. Blopleh, 48, of Channahon. 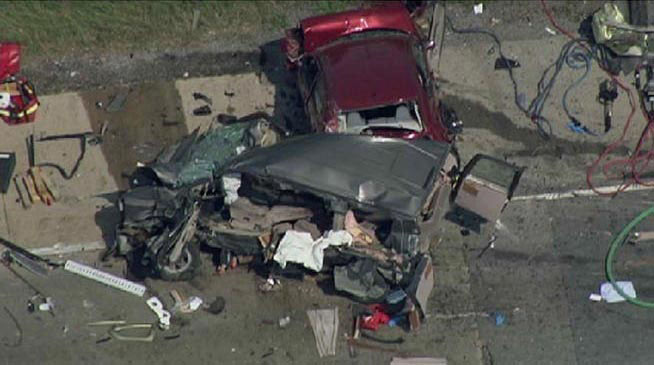 With his bond set at $1 million, Espinal-Quiroz is charged with two felonies for allegedly falsifying his logbook and lying about his drive time in connection with Monday’s fatal accident. Prosecutors argued he lied to officers, saying he began driving at 6:30 a.m. when he had really started four hours earlier- at 2:30 a.m.

The Illinois State Police also say that Espinal-Quiroz was speeding in his semi-truck when he abruptly changed lanes and struck several vehicles already stopped in a construction zone near the Des Plaines River Bridge. Prosecutors go even further, arguing that there was no indication he even hit the brakes.

Another fatal accident to further the fuel for the Federal Motor Carrier Safety Administration’s proposal of a new rule that would require all trucks to have electronic logging devices. Federal rules limit truckers from driving more than 11 of the 14 consecutive hours they work and enforces that they also have to take a ten hour break before driving again.

FMCSA has always said that the goal behind any of their regulations is to prevent accidents caused by fatigue– and with Francisco Espinal Quiroz now being accused of falsifying his logbooks, this deadly crash presents the exact circumstances to enforce the new electronic log rule.

Usually, when state police pull trucks over for routine safety inspections, they sometimes ask to review the drivers hours on the road which are mostly written in paper log books. Obviously, the problem is paper logbooks can easily be falsified and that is exactly why the FMCSA has been pushing the new rule for all truckers to use electronic logs.

While Federal officials plan to announce the new rule officially by next year, companies will have a chance to equip their trucks and train their drivers on the new devices.