The dump truck driver that caused a ten-car pile-up in northern Michigan on May 25, ended up taking his own life on Saturday after a bizarre kidnapping that  resulted in a manhunt and standoff with Detroit police. 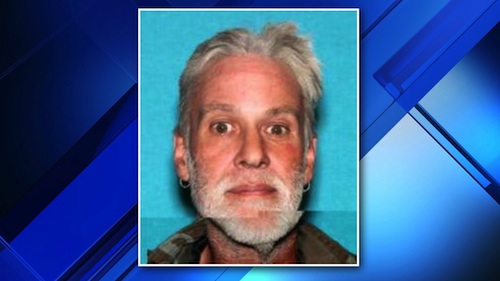 The tragic tale started on May 25, when 53-year-old David Aaron White was on the job driving a commercial dump truck-trailer and crashed into several vehicles stopped at a traffic light on northbound M-53 at 32-mile Road in Washington Township. The chain reaction crash resulted in a 10-car pile-up that left three people in critical condition and caused severe damage to all the vehicles involved. White then drove his dump truck into a wooded area along the roadway.

According to Macomb County Sheriff, Anthony Wickersham, deputies at the scene said White had told them he had fallen asleep just seconds before the crash  occurred. They obtained a warrant to take a sample of his blood to determine if he was under the influence of alcohol or drugs. White was then released and charges were pending the results of the blood tests, which were expected to come back two to four weeks after the accident.

In the meantime, White had moved from his previous Detroit address and had been living with his father in St. Clair County Brockway Township. On Friday afternoon at about 4 p.m. his father left the residence to go to the store and during that time White stole a handgun from the home and then went to a neighbor’s house asking for help. According to the St. Clair County Sheriff’s Office, White convinced the 86-year-old woman to let him into her home and then he threatened her with the handgun demanding money and a ride. He forced the terrified woman to drive him to the French Road area of Detroit and then used her money to purchase drugs believed to be heroin. The woman was then told to head back towards St. Clair County but White had her pull over near Gratiot Avenue and 14 Mile Road, where he got out of the vehicle and fled on foot. The woman drove back to her residence and called White’s father.

After the police were notified of the kidnapping and that White was armed and dangerous, they released his photo to local media asking for the public’s assistance in tracking him down. Then early Saturday morning, police received a call from a woman who saw the news report and recognized White as a man she had just rented a room to. When police arrived at the southwest Detroit residence, White barricaded himself inside and rather than surrendering to police, he ended the stand-off by committing suicide with his father's handgun.